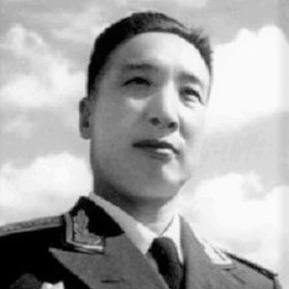 Cai Tiegen, a native of Hebei province, was a training minister at the Nanjing Higher Military Academy of the People's Liberation Army. In April 1959, he was labeled as a Rightist. As a result, he was expelled from the CCP and the PLA and then assigned to work in the Machinery Industry Bureau of Changzhou City in Jiangsu Province.

In August 1969, Cai Tiegen’s home was searched and his personal diary criticizing Mao Zedong and the man-made disaster that Mao’s ultra-left policies caused was discovered. The authorities named 15 people, including Cai and Wu Yi, as the “Cai Tiegen counterrevolutionary group.” Cai and Li Yefang, an administrator at the Changzhou Fruit Company, were sentenced to death; Wu Yi, a former PLA officer, was sentenced to death with a two-year reprieve; Yu Xuyong, a former PLA officer, was sentenced to life in prison; and the 11 other alleged members received various sentences.

Cai was publicly executed on March 11, 1970. Before he was shot, he was bound, gagged, and forced to listen as the jailer read out his arrest warrant and the judgment that had been handed down upon him: “Death penalty. No appeals.”

After the execution, the authorities went to Cai's house to charge his young children 50 cents for the bullet that had been used to kill their father. Some time later, a local worker composed an anonymous letter in which he criticized Cai’s persecution and murder. The authorities were able to determine his identity and had him executed for the crime of “grieving for Cai Tiegen.”

In March 1979, the Communist Party Committee of the Nanjing Higher Military Academy posthumously reversed the decision to label Cai Teigen as a Rightist. In January 1980, the other members of the so-called “Cai Teigen counterrevolutionary group” were also rehabilitated.