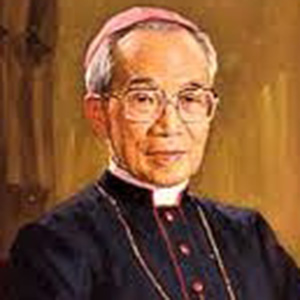 Date(s) of Arrest:
February 1958
Prison Terms:
None, held for 22 years and 4 months
Charges:
Active counterrevolutionary, class dissident
Crime:
Allegiance to the Vatican, refusal to join the system of “Three-Self Patriotic Church” under the control of the Communist Party

Tang Yee-Ming, a native of Hong Kong, was the bishop of the Catholic diocese of Guangzhou. In February 1958, he was arrested for refusing to renounce the Vatican and become an accomplice of the schismatic “Chinese Patriotic Catholic Association” that took orders from the CCP rather than the Vatican.

Tang was detained indefinitely without trial. His Bible was confiscated, and he was forbidden from taking part in any religious activities. For the first fifteen years, he was held with other prisoners; for the seven years after that, he was kept in solitary confinement.

In June 1980, Tang Yee-Ming was released from prison after 22 years and 4 months. Without his input, he was appointed the bishop of the diocese of Guangzhou by the Chinese Patriotic Catholic Association. In November, he left China for Hong Kong.

In June 1981, the Holy See appointed Tang as the archbishop of the Catholic archdiocese of Guangzhou; however, the Chinese government considered it as undermining its sovereignty and that of the Chinese Catholic Church and therefore refused to accept this appointment. The government instead gave the position to Ye Yinyun, bishop of the diocese of Huiyang, without the approval of the Vatican. Tang Yee-Ming was afterwards forbidden from entering China. He emigrated to the United States in his later years.