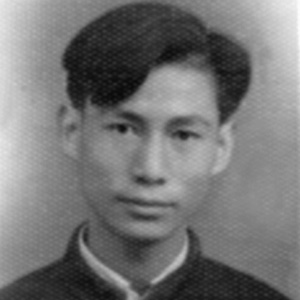 Xiang Chengjian, a native of Wuning in Jiangxi Province, was a student of the Chemistry Department of Lanzhou University.

In 1957, he was labeled as a Rightist, and in August 1958, he was one of many so-called Rightists affiliated with Lanzhou University who were punished with exile to the countryside in Tianshui and Wushan County by engaging in “reform through labor.” Xiang himself was sent to Lianfeng Commune in Wushan County of Gansu Province.

During the Great Famine, tens of millions of farmers across China starved to death at the hands of the Communist Party. Seeing this firsthand drove Xiang and his schoolmates to create the underground journal Spark. Some of its content included a poem by one Lin Zhao, a former Peking University student, praising Marshal Peng Dehuai and an article that stated: “The reason why the countryside is starving is because of Mao’s People’s Communes and Great Leap Forward. The Communist Party is in decay, and a revolution is at hand.” For his participation in Spark (Sparkfire), Xiang and several others were arrested in September 1960.

During his time in prison, Xiang endured “reform through labor” at the Gansu Provincial No. 3 Prison in Tianshui, the Xinsheng Brick and Tile Factory in Lanzhou, the Drinking Horse Farm in Yumen City, and the Bacang Farm in Guinan County in Qinghai Province. The last stop in his ordeal was the forced labor camp at Delingha Farm, located on the eastern edge of the Qaidam Basin in Qinghai.

In September 1978, Xiang completed his 18-year sentence and was released. In February 1979, he became a teacher at Delingha Farm Middle School. In 1980, Xiang was politically rehabilitated. His Rightist designation was rescinded, and all of the accused members of the so-called Rightist counterrevolutionary clique were formally exonerated.