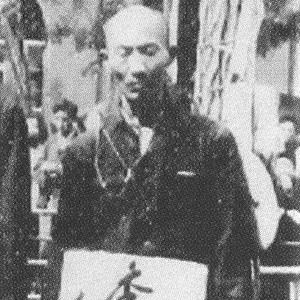 Li Dehua, a native of Taiyuan in Shanxi province, was the second in line to succeed the bishop of the Catholic diocese of Taiyuan. After the bishop of Taiyuan, Hao Nai, was arrested by the CCP for refusing to disavow the Holy See, Li chose to collaborate with the government authorities. As ordered by the authorities, Li broke with the Holy See and joined the “Chinese Patriotic Catholic Association” controlled by the CCP, where he served as a deputy director. In September 1955, Li was promoted by the CCP to acting bishop of Taiyuan; he became a full bishop in 1958. By 1962, Li had risen to become the director of the Chinese Patriotic Catholic Association in Shanxi Province.

With the advent of the Cultural Revolution in 1966, churches across China were closed, destroyed, or converted to warehouses or factories and virtually all bishops and priests were arrested. Li Dehua was arrested in September of that year and was one of the principal targets in struggle sessions that persecuted the Shanxi Catholic community. He was denounced as a tool of the West and a traitor.

On February 26, 1970, Bishop Hao Nai and two other Catholics were executed. Li Dehua, who had also been sentenced to death but had not yet been executed, died in his cell that night. When they found him the following day, the prison guards propped up Li’s corpse and shot at it several times to posthumously fulfill the death penalty that had been imposed upon him. Twenty days later, on March 16, the Military Control Commission of the Public Security Bureau of Taiyuan publicly announced that Li Dehua had been given a death sentence and was executed immediately afterwards.

In 1980, the Shanxi Provincial Higher People’s Court determined that the judgment passed on Li had “not been in compliance with the law.”