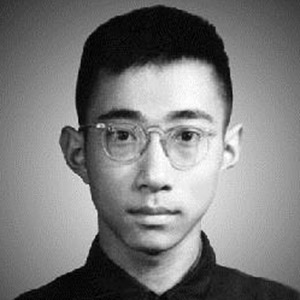 Shen Yuan, a native of Zhejiang Province, was a research intern at the Institute of Modern History of the Chinese Academy of Sciences. When he was studying at Peking University in February 1956, he saw in the library Nikita Khrushchev's Secret Speech in the American Workers’ Daily. He translated excerpts of it and circulated these translations among his schoolmates. As a result, in 1957, during the Anti-Rightist Campaign, Shen was labeled as an “ultra-Rightist.” He was expelled from the university in 1958 and sent to a rural area to engage in reform through labor as punishment.

In 1961, Shen was permitted to return to Beijing and perform supervised labor on the streets. His Rightist designation was removed in April 1962, upon which he was allowed to return to the Institute of Modern History.

After the Cultural Revolution began in 1966, Shen could no longer endure the torture and persecution that he was subjected to that on September 1, 1968, he made the fateful decision to blacken his face with shoe polish and enter the embassy of the Republic of Mali to request political asylum. His bid was not successful, and the embassy afterwards returned him to the hands of the Chinese government to be arrested.

On April 18, 1970, the Beijing authorities convened a mass public sentencing rally at the Beijing Worker’s Stadium to try more than 20 accused counterrevolutionaries. Shen Yuan was one of them. He was sentenced to death and executed the following day.