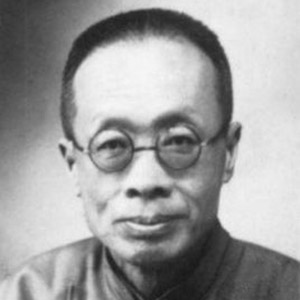 Zhang Dongsun, a native of Hangzhou in Zhejiang Province, was a philosopher and political activist. He was a noted professor in the Department of Philosophy at Yenching University and later Tsinghua University as well as one of the leaders of the China Democratic League political party. At the end of 1948, he participated in the negotiations between Fu Zuoyi, the head of the Nationalist government in the city that was later to be known as Beijing and the CCP. Zhang played an important role in facilitating the peaceful transfer of the city to the control of the CCP, for which Mao Zedong himself said, “Mr. Zhang made the foremost contribution to the city’s liberation.”

In 1949, the CCP came to power. At the time, Zhang Dongsun was a member of the Central People’s Government, a member of the Culture and Education Committee of the State Council, and the acting president of Tsinghua University. In 1951, he was accused of having someone deliver information about the PRC intervention into the Korean War and PRC financial interests to Hong Kong and giving it to John Leighton Stuart, the former U.S. ambassador to China. As a result, Zhang was removed from his government position although he continued to receive a salary.

In February 1952, Zhang was criticized as “anti-Soviet, anti-communist, and anti-proletariat” and “hostile to Marxism” during the Thought Reform Campaign. In April of the same year, Mao Zedong described Zhang as a “serious enemy.” In December, Zhang was expelled from the China Democratic League.

In January 1968, Zhang was imprisoned in Qincheng Prison. He died there in 1973.

【Video】ZHANG DONGSUN: THE PATRIOTS WHO DIED OF ILLNESS IN QINCHENG