Report of the International Conference of “Reassessing Mao’s Land Reform”

Report of the International Conference of “Reassessing Mao’s Land Reform”

By Yang Fan, China in Perspectives

The year 2019 marks the seventieth anniversary of the first political campaign in the PRC after its founding in 1949, namely, the Land Reform Campaign and the concurrent The Suppression of Counterrevolutionaries Campaign launched by the Chinese Communist Party.

Cosponsored by the City University of New York, the Laogai Research Foundation, the Editorial Board of the Databases of Political Campaigns in Contemporary China, and the Taiwan Foundation for Democracy, the “Reassessing Mao’s Land Reform” international conference was held at the Graduate Center of the City University of New York from September 18 through September 20, 2019.

Over fifty scholars and researchers from all over the world gathered at this conference to explore and discuss various facets of the Land Reform, including its international background, historical origin, theories and practices, as well as its prelude and aftermath. This is the first known conference in the world that is exclusively dedicated to this topic and the most comprehensive international conference that has completely rejected and denounced CCP’s Land Reform.

A total of forty-three academic papers were received, of which twenty-nine were presented at the conference and fourteen were written presentations. Sixteen papers came from scholars and researchers from mainland China. Following the conference, the organizers will soon compile two conference volumes to be published in Hong Kong and Taiwan to inform the public.

This conference provided a forum for prominent scholars from various parts of the world to meet at the City University of New York. Dr. Lee Edwards, Chairman of the Victims of Communism Memorial Foundation, gave an outstanding opening keynote speech titled “Historical Crimes and Current State of Chinese Communism.” Mr. He Pin, CEO of the Mirror Media Group who has a long-term collaborative relationship with the conference organizers, also offered welcoming remarks to conference participants.

On the first day of the conference on September 19, three engaging sessions were dedicated to the following topics: 1) Global and comparative perspectives on Land Reform; 2) From land revolution to Land Reform; and 3) Violent Land Reform—theories and practices. On the second day of the conference on September 20, two sessions were dedicated to two topics: 1) Many facets of the Land Reform: society, ethnic minorities, and intellectuals; and 2) Aftermath: towards more suppression, blood, and damage. An open forum discussion was held in the afternoon titled “Historical and current significance of reexamining Mao’s Land Reform.”

The participants’ answer to that question is clearly in the affirmative. This is because the CCP regime manufactured so many political myths about the “great accomplishments” of the Land Reform that the bloody truth of that heinous campaign has not been fully exposed. It is also because the ramifications of the Land Reform are still impeding the healthy progress of modernization in mainland China. It is further because CCP leaders have spared no effort to create historical amnesia in the minds of the Chinese people about the Land Reform so that they can continue their march on the dictatorial and totalitarian road unchecked. At a time when the CCP is bragging about the “great achievements” of their seventy years of rule in mainland China, this conference that explored and exposed the truth about the first political campaign following the founding of the PRC regime indeed has its special and unmistakable significance and relevance.

Media Report on the Conference

Nearly fifty social media groups in mainland China in WeChat system （微信）shared and spread news and papers concerning this conference and about thirty readers from mainland China have already requested to purchase the forthcoming conference volumes for this special event. All these immediate and enthusiastic responses have reflected the great impact of this conference on mainland China despite the increasingly tight censorship that the CCP regime has imposed on the Chinese people.

Photos of the Conference 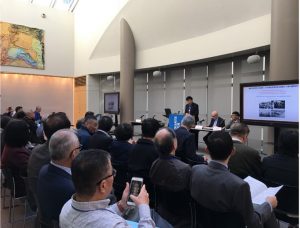 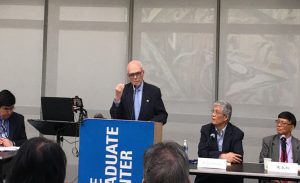 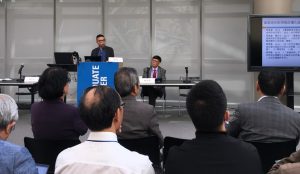 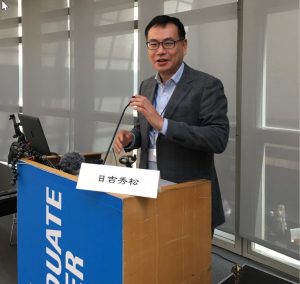 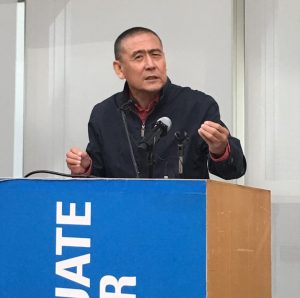